Yesterday was Sunday. I like Sundays because we don’t have to go to school. I go to a kind of school though. It’s called Sunday School and it’s at the church. It’s more fun than real school.

The day before yesterday was Saturday. We don’t have to go to school on Saturday either. I had to go shopping with my mum. She was buying knickers and things. How embarrassing. We did go into McDonald’s though and that was nice.

The day before the day before yesterday was Friday. We played football. Freddie tripped me up and made my knee bleed but I didn’t cry because I’m brave.

On Wednesdays we do maths, adding up and that kind of thing. I only got nine out of ten because Mrs Wilson said twelve plus seven isn’t eighteen, but it is, isn’t it? On Tuesdays, we have a club after school where we plant things in a garden next to the playground and I can’t remember what we do on Mondays. 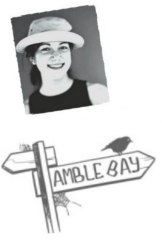