for Ragtag Daily Prompt which today is hosted by Christine and the word of the day, Leftover.

Quite often I look at a prompt and a story immediately pops into my head, so I write it. Just as I’m about click ‘publish’ I get a better idea and start all over again and commit yarn one to the leftover story pile, which I refer to as my Writeovers!

I just searched for an unused piece containing the word leftover but all I found was a recipe for bubble and squeak – my favourite post-Christmas dish by the way!

There was one about a guy who was looking to recover some stolen goods and his instructions said ‘go down Main Street, left over the bridge, down to the river bank and it’s right under the overhanging bush!

I didn’t think it was good enough to post here though!

There are several about my friend Rosey which could come in useful one day and a few attempts at poetry, like one that starts –

I’d love to write a poem

A poem of my own

One which people want to read

I sit and stare into my screen

The words just fail to flow

I scratch my head and bite my nails

The other day a line appeared

inside my fuzzy head.

But could I find some words to rhyme?

I wrote some prose instead.

Blah-blah-blah – it just goes on and on for another six and a bit nonsensical verses!

I have a self-imposed rule which forbids me from writing stories of more than 200 words as experience has taught me that the longer the tale, the fewer the readers.  As I seem to have just broken that rule (281 so far) I’d better stop before I lose you too!

Shall I stick this one on the pile of Writeovers, or not ……..? 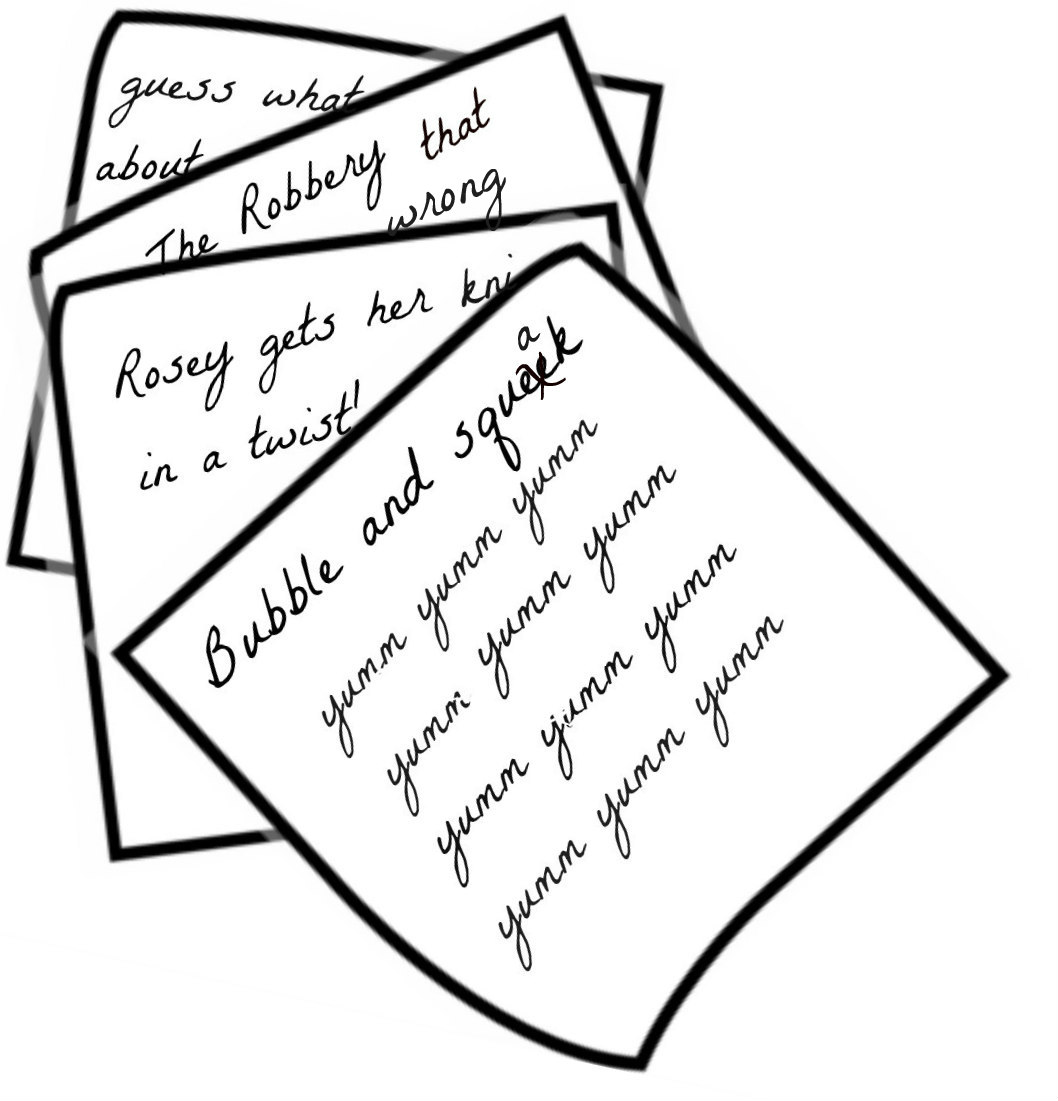