for Sadje’s What Do You See prompt.

An odd chap, Obidiah. He believed in the paranormal and used to sit in the pub entrancing people with tales of magic and mystery.  He liked performing tricks too.  Not just card tricks, but uncanny ones as well.  Once he placed a cloth over my pint, and uttered a few incomprehensible words.  It suddenly floated upwards, hovered then drifted down again.  When he uncovered it, it was empty!   In fairness, he did buy me a new one!

One day he surprised us all by announcing he was leaving the village and moving away.  Who’d buy that old house of his, we couldn’t imagine.  It looked like something from a horror movie!

It was the day he was due to depart. Having drawn the short straw I had the task of delivering him a ‘we’ll miss you’ card and a bottle of his favourite scotch.

As I walked through the gate the front door creaked open.  But there was nobody there.  I felt a tap on my shoulder, turned around and he was standing behind me.  Weird.

Anyway, he graciously accepted our offering and went inside.  He said ‘must fly’, closed the door in my face and whoosh – the house shot up into the sky and disappeared! 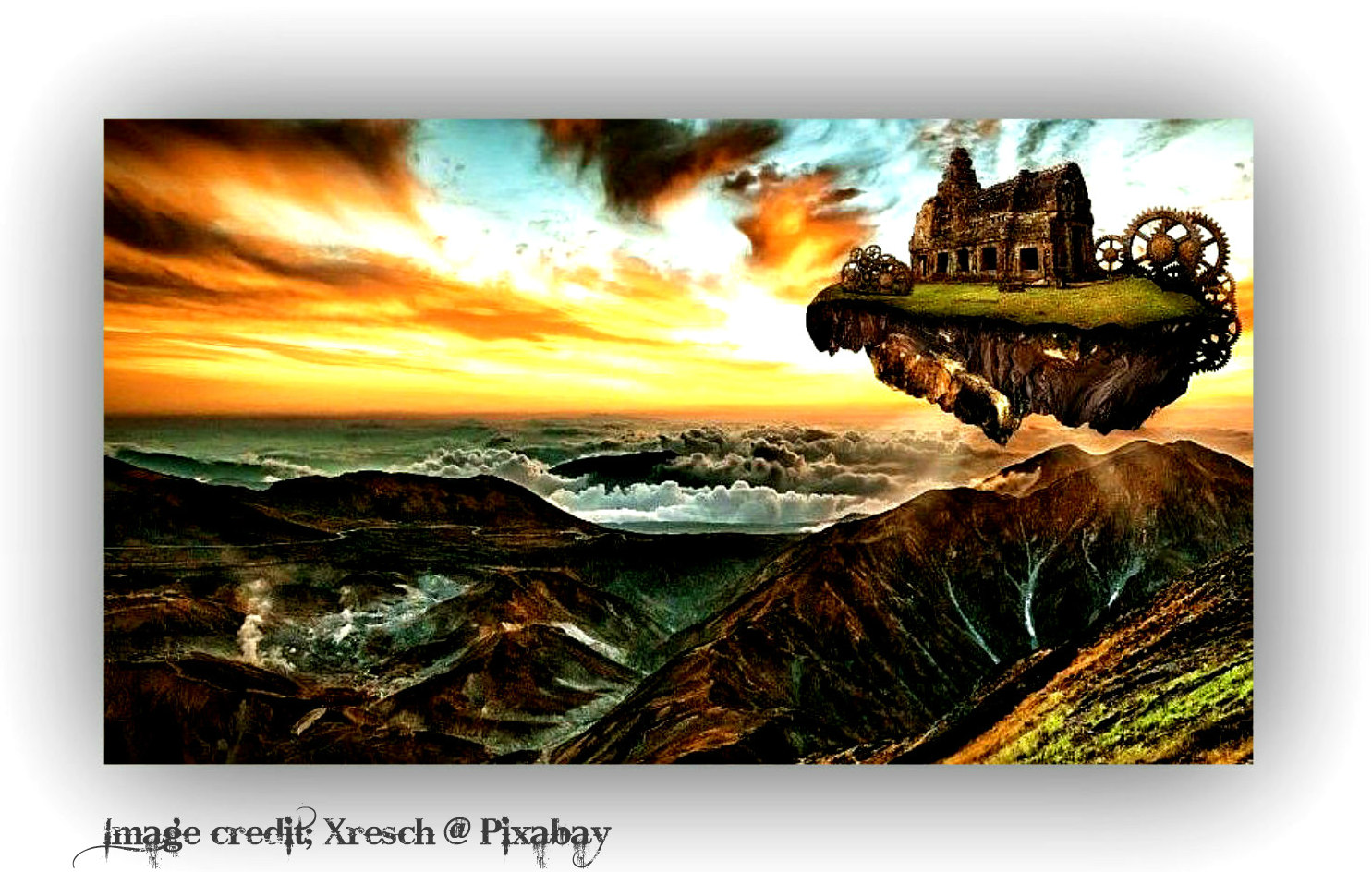 20 thoughts on “A short story”