A couple of years ago the mini-the 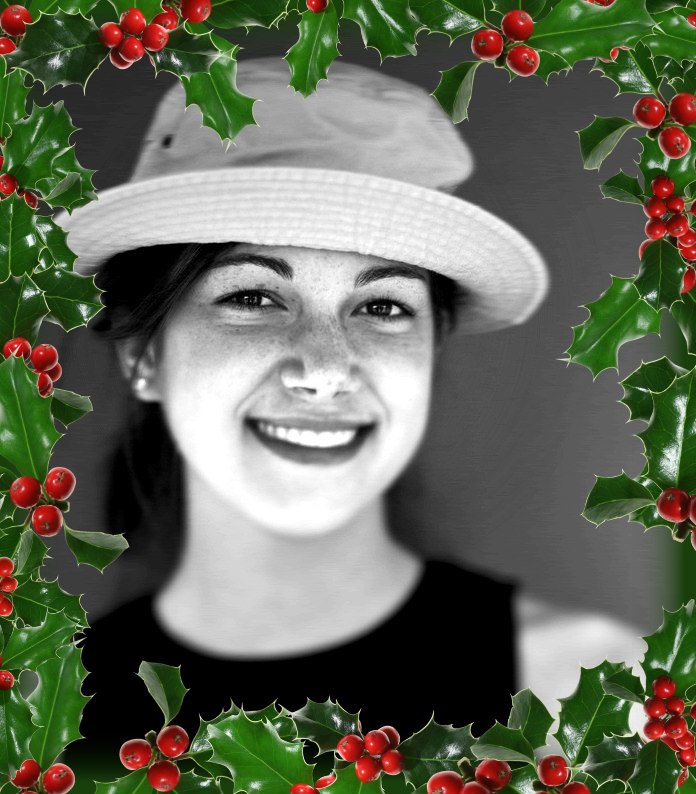 spians of Year 2 threatened strike action if their teacher’s assistant Miss Rosey Pinkerton didn’t join them on stage for the school’s annual nativity play.  And so it was she got the role of Principal Palm Tree!

Last year she took part again, this time as one of the Three Wise People (politically correct Rosey objects to them being referred to as Wise Men!)  I was there to witness it.

The holy night was anything but silent as the children delivered their lines and sang carols with gusto accompanied by enthusiastic applause from their proud parents.

But the highlight was Rosey’s arrival in scene two when she entered stage-left too early leaving the other two tea-towel-clad wise folk waiting in the wings along with Mary, Joseph, assorted farm animals and angels.

Little Jonny, who’d remained on stage during the interval in his The Star in the East costume, started making hissing noises hoping to attract Rosey’s attention but to no avail. The headmaster in his role as prompter let out an audible sigh as the audience started laughing. Rosey peered blankly outwards for a few silent moments then broke into a smile. She took a bow, and then still staring at her audience, started shuffling crab-like off stage to a round of applause.

As she did so a bell chimed and the other cast members trooped on. The Second Sheep had somewhat restricted vision thanks to his costume and accidentally head-butted Rosey in the tummy causing her to double up and bang her head on the sound effects microphone where she emmited a rasping belch thanks to the extremely rich mince pies she’d eaten backstage. The headmaster went pale as the laughter almost brough the roof down!

Anyway, after a bit of shuffling, re-positioning and organising the play took off again with a straight-faced Rosey performing her part with a degree of gravitas never before seen.

The play was, of course, a triumph and enjoyed as much for the bits that went awry as those which stayed on track. Rosey got a standing ovation during which the Third Angel from the Left presented her with a bunch of flowers on behalf of her appreciative class. Even the headmaster shook her hand when he came on to make his boring annual speech.

I suspect she’ll appear again this year in their socially distanced performance. After all, it wouldn’t be nearly as much fun without her would it?

I’ve been sharing stories about My Friend Rosey with you since 2008, and I’m in the process of colating over 100 of the tales that proved most popular.  The first 40 or so are right HERE!