Beggarly folk sought refuge there at night.  But the dilapidated house held a secret, for beneath the floor lay the lifeless body of Molly McQuin.

In The Pitcher Inn, they were singing, laughing and gambling when suddenly the door crashed open. Sergeant Forester slammed his baton on a table and the bar fell silent.  Constable Solomon stood a pace behind.

“Last night Molly McQuin was bludgeoned to death in the alley behind this very hostelry.  Her shoe and blood were discovered there. For sure, somebody witnessed this dastardly crime.  Did you sir?”

“Landlord, what of you?”

“I did not Sergeant”.

Constable Solomon stared menacingly at Patrick Postlethwaite who placed his flagon for fear his shaking hands might spill his ale, for ’twas he who’d witnessed the Copper battering poor Molly McQuin to death then dragging her away.

“Tell and you’ll be next” the Constable had forewarned him.

But rumours spread as rumours do and fearing he’d been found out, Constable Solomon fled.

One year later Patrick Postlethwaite saw a down-and-out begging for bread and beer.  Despite his tattered clothes, grimy face and unkempt hair he looked vaguely familiar. The ragamuffin drew back his coat a touch to reveal a glinting steel blade.

Patrick Postlethwaite dropped a shilling at his side then scurried away. 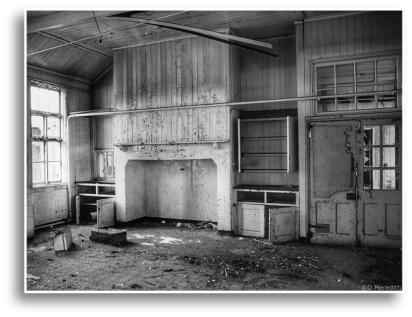 Thanks to Donna for hosting. The photo is courtesy of David Meredith.