He received an invitation. There was to a be a reunion of the class of ‘31. Strange, wasn’t he sole survivor?

On the appointed day he walked to the hall, pushed open the door and stepped inside. It was gloomy, a white mist lay across the floor. Through the darkness he could just make out ten figures standing motionless, each facing a different direction. There was a chill in the air. The only sound, a fan above, slowly turning. Creak creak creak.

One by one they turned to face him, their gaunt expressionless faces staring. He began recognising them. Surely he’d read their obituaries, attended funerals. Hadn’t he?

They reached their arms toward him. He shivered. Deciding to leave he turned, but where was the door? The mist began swirling. The fan stopped turning. They slowly encircled him, beckoning as they closed in. Closer and closer they came.

‘Your time has come’ whispered a voice. Then they were gone. All of them, gone. 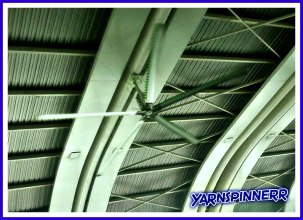