for Foto Flash Fiction which is hosted by Donna B McNicol 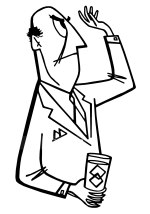 A crowd of us were sitting around, drinks in hand, wondering what, if anything, would happen in a few minutes time. There had been a lot of speculation in the media about this, that and the other. Landlord Ted had kept the pub open later than usual in readiness for the big event.

“If’s Brian’s right, there’s no way I’ll get into trouble for serving drinks after-hours!” he chuckled “We won’t be here!”

“You can laugh,” said Brian, jumping to his feet. “The government hasn’t prepared us for what’s about to happen. Where are the soldiers, where are the peace-keeping forces, what about emergency supplies?”

He thumped the table sending John’s tankard of beer flying to the floor. “There’ll be riots and worse, mark my words”.

“There will be if you don’t get me another pint” shouted John.

“Calm down guys” pleaded Ted. He handed out a few candles, just in case, and switched on the television he’d placed on the bartop.

“You did back up your computer didn’t you?” asked Brian. “You know it’s going down soon don’t you?”

“Look at them, just look!” shouted Brian. “Idiots, all of them”.

Everyone but Brian raised their glasses.

“Welcome to the year two thousand” yelled Ted. “The drinks are on me. Brian mate, you look like you need one!”